Here’s a picture of Lou and I at the first show I played with him on July 4, 2009 in Big Bear, CA. Since 2004, I’ve recorded Foreigner songs with him (twice- in ‘04 and ‘16), been a fill in drummer for both practices and shows, and then a permanent fixture for the last 3 years. It’s been a blast looking out from the drums and seeing one of the best singers that ever existed right in front of me. Over those years, we played with Bad Company, Loverboy, Dennis DeYoung, Pat Benatar, and more. Anywhoo, Lou has now retired his band – and what a band it was. It was an honor to play with those guys – we had half of the classic Foreigner ‘90’s line-up, and I dare say we gave the current version of Foreigner a run for their money. So- enough rambling! BIG thanks go out to Lou and my bros in the band, the crew, all of the fans that came out and saw us play, and my family for putting up with me being gone. I hope to see everyone soon! 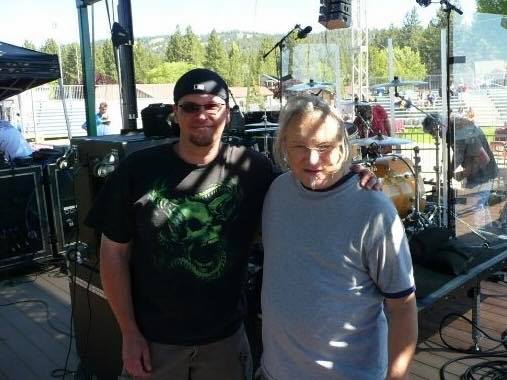